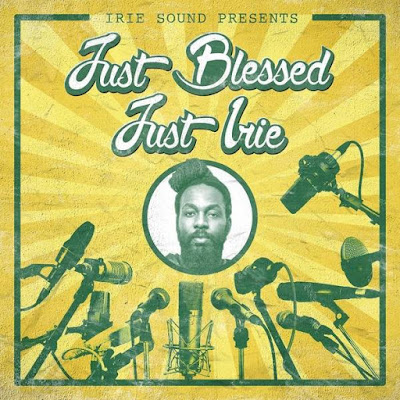 "Just Blessed Just Irie" is the third part of The Doctor's mixtape series called "Just Irie". After focusing on the musical legacy of Buju Banton and Bob Marley in the first two editions it was time to head into a different direction.

The story began in 2018 when Irie Sound was preparing for a clash and the Walshy Fire production "Money don't grow pon Trees" had just been released. The Doctor decided to cut that particular song as a custom dubplate for the upcoming battle, though Blessed had already shown how powerful his dubplates are with countless specials he's had recorded for World Clash. The link was made fast, the chemistry was right from start and the custom fulfilled it's purpose to take another trophy for The Austrian Champion.

A few month later Blessed made a post on social media, offering his whole musical catalogue as free download for the public. This move was really impressive for the Doctor, because it showed the pure love the singer has for reggae music and that he is doing it for the right reason: "Spreading his message and culture!"

This kind of attitude and mindset were some of the main reasons why the Doctor felt this artist deserved to be in the spotlight and he wanted to give something back. Numerous phone calls between the selector and the artist followed and the idea to build a mixtape presenting Blessed's musical work in new clothes was born.

"Just Blessed Just Irie" gives you 20 unique songs that u will only find on this particular mixtape. It shows the versatility of Blessed reaching from soundclash anthem to lovers rock. It is a project free from any financial interest and it belongs to everybody just like reggae music itself. It is...

Posted by Addiverbalist Kev at 21:55
Email ThisBlogThis!Share to TwitterShare to FacebookShare to Pinterest
Labels: Mixtape