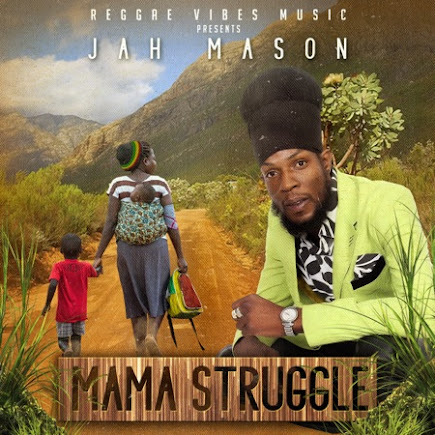 With songs from the project still trending on reggae platforms all over the world, Jah Mason is now adding his voice to the rhythm. The new song, titled "Mama Struggle", is a tribute to his mother who he applauds for her commitment to hard work - specifically in farming - despite numerous challenges and roadblocks.

"Mama Struggle" officially comes out today, Friday, December 18th. It can now be streamed and downloaded from all digital music stores. This is now the second mother tribute song on the album following Turbulence's "Tribute to Mama," which was one of the lead singles.

Since the 'World Rebirth Riddim' first came out, Reggae Vibes Music have ran various promotional campaigns to ensure its success. Most recently they held a mixtape contest involving selectors from all over the world. As a result of their ongoing efforts the 'World Rebirth Riddim' is now widely regarded as one of the biggest reggae rhythm-driven projects so far in 2020.

Posted by Addiverbalist Kev at 09:22
Email ThisBlogThis!Share to TwitterShare to FacebookShare to Pinterest
Labels: Music