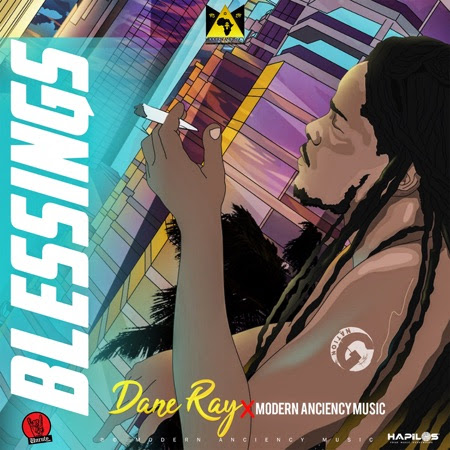 Dane Ray the lyrically inclined and billboard acclaimed producer is looking at ending the year on a high note with the release of his newest hit single titled "Blessings".

Just as the title suggests the track is filled with heartfelt lyrics that signify the artists growth along the days in the music industry.

Given Dane Ray's humble beginnings its justified to say the success comes at the right time and a bloom to the expectations for the artist ,dancehall and the reggae genre. True Blessings a follow Dane Ray this is after winning the Prime Minister’s Youth Awards for Excellence in the category of Arts and Culture first runner up #PMYA2020 which is the highest honour bestowed upon Jamaican youth who have achieved eminent national and international distinction, in the areas of Leadership, International Achievement, Innovation in Science and Technology, Sport, Academics, Journalism/E-Journalism, Entrepreneurship, Nation Building, Youth Development, Agriculture, Environmental Protection and Arts and Culture.

Dane Ray's influence on the dancehall genre has been felt well within the year, the producer scored big and created history with Grammy winner Koffee for the song Lockdown, which became the fastest track by a Jamaican reggae artiste to surpass a million views on YouTube in 48 hours. In recent years Dane Ray has produced songs for several reggae and dancehall acts including Rygin King (Tuff ), Popcaan (Numbers Don't Lie) from his 2019 Vanquish mixtape which received a plaque for its debut at number 2 on the Billboard Reggae charts and most recently working with Skillibeng on The Prodigy Mixtape.

Being recognized and acknowledged for the hardwork and stewardship is quite an achievement and the hope is that the Blessings keep being fully fully activated. Watch, stream the song below.

Posted by Addiverbalist Kev at 10:05
Email ThisBlogThis!Share to TwitterShare to FacebookShare to Pinterest
Labels: Music