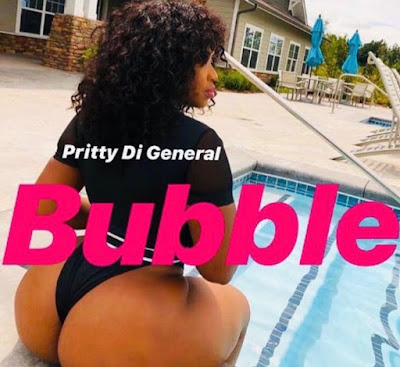 Independent Dancehall/Reggae Artist Ricardo Steele A.K.A Pritty Di General, born in Kingston Jamaica, migrated to the states and resides in Massachusetts . Pritty has collaborated with many of the industry’s top selling and platinum artists such as “Nicki Minaj”, “Cassidy”, “Brick and Lace” and Dancehall Reggae Super Star Adijah “Vybz Kartel Palmer".  At 25 years old, HE has been performing all over the world, HIS style is a fusion between dancehall /reggae and modern hip-hop with a ,“It’s different, It’s like a mixture of everything” he said.

His new Sing BUBBLE is available on all major digital platforms and all his latest music videos can be found on YouTube.  Pritty di General is currently getting radio play in Europe AND BACK HOME in Jamaica as well . You can FOLLOW  PRITTY_Di_GENRERAL on INSTAGRAM & FACEBOOK  PRITTY DI GENERAL for all his latest music.

SUPPORT THE ARTIST AND PURCHASE BELOW

Posted by Addiverbalist Kev at 10:18
Email ThisBlogThis!Share to TwitterShare to FacebookShare to Pinterest
Labels: Music