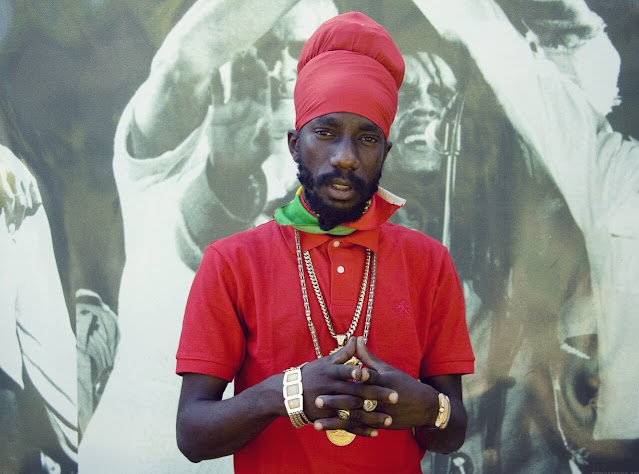 Kingston, Jamaica - GRAMMY nominated Sizzla is displaying his versatility with the release of his new MILLION TIMES album. Released via Zabogaubhi Music and Kalonji Music, and co-produced by Michael Fairman, Miguel Collins and G-Mac, the reggae star's latest music offering consists of twelve tracks dedicated to the ladies.

Known for his distinctive vocal and songwriting style of social conscious and at times controversial chants, an ode to the ladies isn't a first, as the international recording star received worldwide adoration from them with hit tracks like "Woman I Need You" and “Dry Cry". “The ladies have always loved Sizzla, I’ve done lots of female songs but according to them not as much as they’d want. I've never given the world a full ladies album, so this is just the starting of such.This album is somewhat of a lil cross over expressing self yet showing love and appreciation to our women ,for great their stance in our daily lives."

As displayed in the title track MILLION TIMES (now available as instant grat when you pre-order smarturl.it/milliontimes), Sizzla's latest journey fuses various genres and styles yet manages to keep the essence of his renowned falsetto , enticing energy and remarkable delivery. "This album is a different field and vibration, music is life and fun so making this album was a total different experience for me. I like trying out new sounds venturing on new paths while maintaining that loving rootsy lyrical content" he explained. "My fans already know I'm all about making good music so this is just another beautiful album to add to their list of Sizzla's collection. There is no border for love nor music,I'm a roots, ragga , love and cultural artiste so this is another big album with 12 lovely tracks featuring (GMac) on one of the tracks. With my experience in music, matter not the genres , always make sure it's sounding right on key and making sense." - Sizzla

Speaking on the project, Michael Fairman and G-Mac chimed in "The album with Sizzla started when I had a dubbed plate session with him. He was fascinated by how I used the Pro Tools as a visually impaired producer. Recording artist GMac suggested that we did an album together. At that time, I was to do some tracks for Rihanna's album but I decided to dedicate to Sizzla's album. GMac and I wanted to create an international sound for Sizzla that showcased a different vibe and side of Sizzla that most people have never seen before. He came to the studi, listened to the beats, wrote lyrics and recorded. It was a great experience working with one of the best in reggae music." - Michael Fairman

"My collaboration track with Sizzla is called " LOVE FOR MONEY" , I basically had an idea and presented it to Michael Fairman and he loved it so we worked on the riddim until it was perfect. I recorded the intro and the chorus, by the time I finished recording, he was already at the studio to record his parts. The energy was high and I am grateful for this memorable experience, Million times without a doubt will be an album long remember by all it's a great album to have in your collection" - GMa

"Sizzla Million Times is a highly impressive project. Not least in this is the fact that he and Fairman have taken a multitude of styles and genres, and turned their hands to them effortlessly. But moreover, it’s that they’ve done this seamlessly across the album, not sacrificing synergy for musical precociousness. The quality of the compositions and arrangements is first rate, while the engineering and production classy and sympathetic to each genre. But it’s Sizzla at the centre of it all. He has lost none of his power and ability over the years – and his voice is as impressively versatile as ever. It’s great to see him release a project with a central theme, too – and Sizzla Million Times is a masterclass in a Dancehall-based artist consistently thinking outside the box. Glorious, infinitely listenable and thoroughly enjoyable. It’s important to note that the album is ‘clean’, in terms of there are no profanities from Sizzla nor any offensive content. This is a good move on his part, and showcases his ability to make compelling music without the need to shock. Possibly one of the fusion albums of the year." - Steve Topple for Pauze Radio 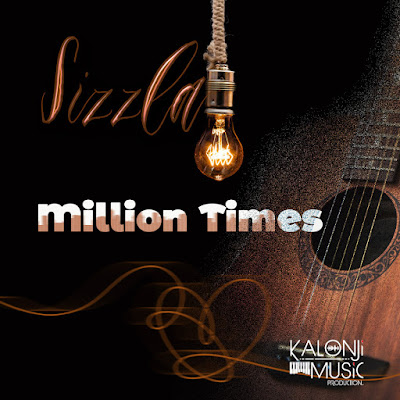 Posted by Addiverbalist Kev at 09:23
Email ThisBlogThis!Share to TwitterShare to FacebookShare to Pinterest
Labels: Album