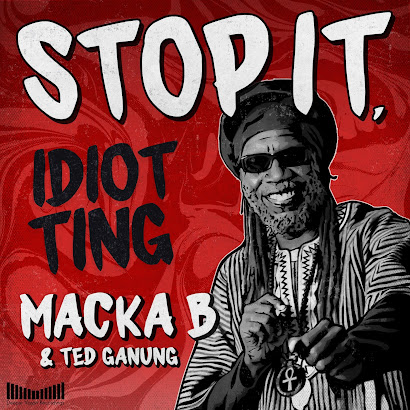 "Stop It, Hold on a minute, Idiot Thing, Let's dun with the argument and let Jah love shine within."

Nuff families, relationships and communities mash up over Idiot Tings, but Macka B reminds us we can Stop It through overstanding and creating space for mental clarity.

Macka B, one of Britain's most influential Dancehall toasters has spent a career spreading conscious messages through music to inspire multiple generations of listeners worldwide.

'Stop It, Idiot Ting' is a collaboration with NYC based producer, dj and musician Ted Ganung who originally wrote the instrumental and played all the instruments in dedication to his twin daughters born earlier this year.

The vocals were recorded at Delamix Studios in England and mixed by Dickie Delamix with additional vocal harmonies by Steve Ital. Mastering was done by Nick Burchall of Audio Animals Studio in London. The album artwork is by Sam Greenwood.
Following a radio premier by David Rodigan on BBC 1xtra, 'Stop It, Idiot Ting' was exclusively released by Juno to rave reviews and promptly went straight to number one on their Reggae Chart.
Stream/Purchase: https://ffm.to/qvq3pj2

The lyric video premiered on Macka B's Youtube channel or click on the Image below to watch. 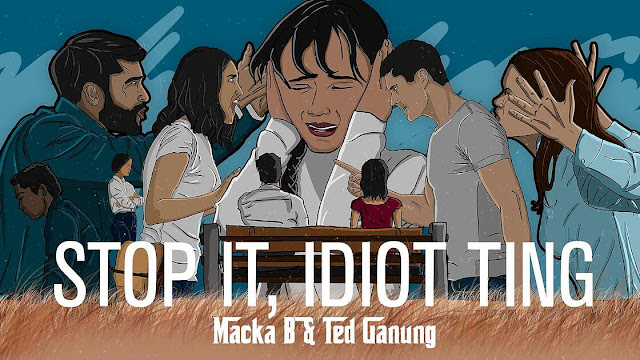 Posted by Addiverbalist Kev at 17:31
Email ThisBlogThis!Share to TwitterShare to FacebookShare to Pinterest
Labels: Music, Video