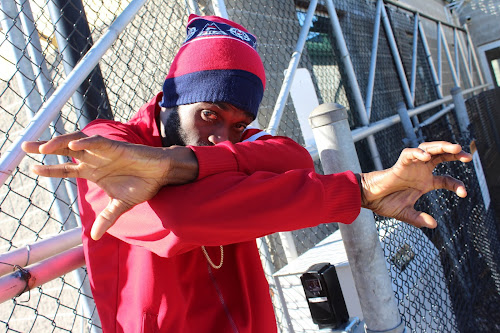 Fabigeez also known as Geez to his close family roots. Earthstrong a Taurus in the rural parish
called St. Mary, Jamaica, where grew up with his brothers and mom and are spiritually
connected. Each brother has their own talent in music.
Fabigeez is a determined and strong-minded individual who loves to utilize his God given talent to make a difference globally.Fabigeez likes to inspire and motivate good positive vibes to everyone around him and share his knowledge and artistry.
Geez was never shy to deliver and let everyone know what he does best. At the young age of fifteen years old, he was able to write his own music and knew that most people could relate to his personal struggles and he also had strong influences from some of his favourite artists such as Beenie Man, Capleton, Chuck Fender, Bob Marley, Bounty Killa, Spragga Benz etc.
Fabigeez was able to explore several different cities in North America such as Toronto, Pennsylvania, Detroit and New York to promote and gain experience in listening to different genre of music which all contributes to his unique and creative style of lyrics and sound.
His first airplay created waves in 2007 on radio stations based in Toronto, with hit single
"marijuana forever". Fabigeez is currently working with many different recording studios,
networking with other artists, producers and engineers worldwide to ensure his dreams a
success.
Returning to Jamaica in 2009, Geez and his brother Tydal Kamau established a record
label company called Chronic Hill Records, which is currently doing well. For Geez music never
ends, and the diamond in the dirt is like his voice to be heard. Geez is still focusing on keeping
his lyrical content clean and conscious to help in the development of the future generations.
For more information about Fabigeez or in need to contact for a music adventure please reach
out on all social media platforms such as facebook; twitter; Instagram; and Soundcloud under
“Fabigeez” or call 1(437)215-1532
Social Media
Instagram @Fabigeez
Twitter @Fabigeez
Soundcloud @Fabigeez
Audiomack @Fabigeez
Reverbnation @Fabigeez
Posted by Addiverbalist Kev at 13:14
Email ThisBlogThis!Share to TwitterShare to FacebookShare to Pinterest
Labels: Biography