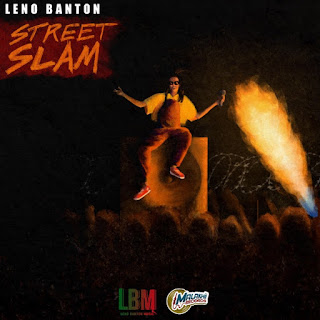 Leno Banton has released his newest single “Street Slam” on June 7, 2020 on all major platforms. Street Slam is a perfect representation of the Leno Banton’s unique flow and originality. The song, which is produced by Malakhii records, is rich with Banton’s famous metaphorical rhetoric and showcases his confident personality, highlighting his ability to set trends and create his own space in the music industry.

Street Slam is just another one of Banton’s songs that are infused with a feel of old school Dancehall and Reggae beats. Malakhii’s production is a perfect complement to the lyrical energy of Banton and only serves to enhance the rhythmic feel of the track.

The artwork is illustrated by Khari Kamau depicting Leno Banton sitting on a large speaker box being his charismatic self, entertaining his patrons in an original dancehall setting.

For more information and bookings contact Leno Banton at lenobanton@gmail.com or 8764207590

SUPPORT THE ARTISTE, PURCHASE BELOW

Posted by Addiverbalist Kev at 21:17
Email ThisBlogThis!Share to TwitterShare to FacebookShare to Pinterest
Labels: Music