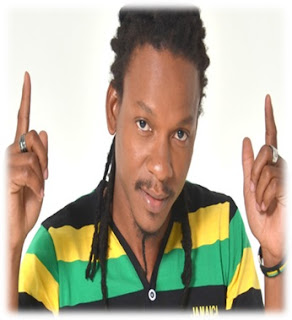 SINGER/SONGWRITER
BIOGRAPHY
Andre Ellis, more popularly known as Nature Ellis, is a free –spirited individual and positive songwriter who delivers his music with great passion. He hails from the beautiful parish of St. James in Jamaica but live in Kingston City half his life and is known for his singles such as “Wasting Time/Searching for Love”, “Senorita”, “World Peace”, “Love You”, “Revolution” and more.

Nature Ellis has been performing on stage since he was nine years old but since 2002 the singer has received various accolades for his music including the best singer award at the Eastern Awards in 2008 and a trophy for his singing and songwriting in a competition put on in St James by Danger Zone in 2002. Plus, Break through Reggae Artiste at the Linkage Award in New York 2013.


With a name that signifies his love for the environment, Nature Ellis started getting serious about his career in 2002 when he won scholarship in singing, writing and performing; since 2005 he recorded with Big Ship studio; King Jammy’s Truck Back Records, DSR, Stone Love Records, Heart A Love Music Label and Cash Flow Records.

He performed on all major shows in Jamaica such as Sting, GT Extravaganza, Reggae  Sumfest, Champion in Actions, Rebel Salute, Island Explosion just to name a few. But he was also seen outernationally on events like Reggae Jam in Germany, the opening for UB40 in the UK or Steele Pulse in California. He also performed in Brazil at the Olympics Celebrations.

Nature Ellis has been touring extensively; he did three month in Europe in 2009 and a another three months in 2010,where he did shows in France ,Italy, Germany ,Belgium and Switzerland .One of his most recent tour took him to Australia where he did a number of shows.

Representing a new generation of reggae that keeps in the tradition of crooners who came before and inspired him, including Bob Marley, Dennis Brown, Beres Hammond, Toots Hibbert, Garnett Silk, Gregory Issac and Alton Ellis just to name a few. Nature Ellis continues to bring fresh voice to genre.