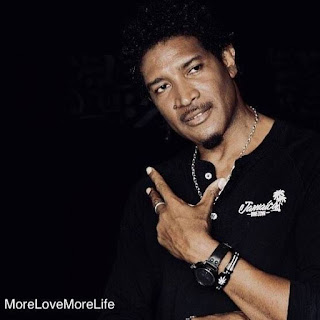 Bryan Art
Bryan Art is a good-vibes singer, a witty songwriter, meticulous producer, renowned guitarist and a multifaceted artist specializing in lively music with a positive message. He has given outstanding performances on several local and international shows including Jamaica Jazz and Blues, Rebel Salute, ATI, Fully Loaded, St. Mary Mi Come From, Unity Splash among others. His international appearances as a solo act include major music festivals around the world, tours of the Caribbean, the United States, Canada and Europe.
​
Bryan Art first came to prominence not as the singer we know and love but as a budding guitarist and touring member of the legendary Fire House Crew. With Firehouse, Bryan gained immeasurable experience supporting top flight Artistes including Luciano and Sizzla for several years and later with Bushman as band leader and guitarist of his Grass Roots Band. He also did a short stint with the world renown Black Uhuru and also Michigan and Smiley.
​
2001 was the year Bryan Art took the bold step, adding new dimensions as recording Artiste and co/producer of his first single titled “Soon Come Back” for FIWI Music Label. By 2002 his name was on the lips of many music lovers and was rightfully named “Best New Artiste” by ER / TVJ (Television Jamaica). By then Bryan Art was signed to Chris Smith Management who also housed five and six-time Grammy nominees Nelly Furtado and Tamia respectively. Along with the Gumption band he was privileged to perform on both named artiste’s successive official remixes and as such release several hits including “Rock and Come In” 2004 and “Get It” in 2005.
​
Presently, having come full circle the very prolific songwriter who has also penned songs for artistes such as Etana, George Nooks, Singing Melody, Bushman, and Luciano, etc. has now embarked on a collaborative project with the said Gumption Production team now touring as I-kronik.
Bryan Art’s expanding sources of inspiration credits Dennis Brown, Beres Hammond, Toots Hibbert as well as Stevie Wonder and Al Green to name a few.
Bryan Art (Bryan Grant); born in St. Ann, Jamaica.

Posted by Addiverbalist Kev at 00:06
Email ThisBlogThis!Share to TwitterShare to FacebookShare to Pinterest
Labels: Biography