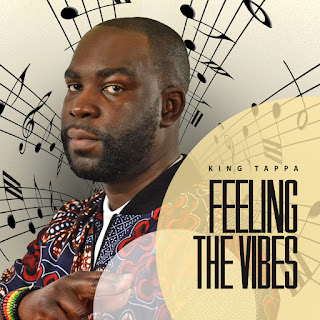 Released 12th July 2019, King Tappa’s sophomore album “Feeling The Vibes” is compiled of specially curated works that have been recorded over the past decade.
“...it is basically my hearts work on this album. I think you should expect a great vibe from the album, some feel good, relatable music,” says Tappa
The album offers a variety of reggae & dancehall with a twist of modern R&B and Afrobeats with songs such as its title track “Feeling The Vibes”, “Photoshop”, “Beat It Up” and “Selfie” receiving attention locally, as well as from radio stations across the Caribbean and Africa.
Over the years King Tappa has garnered success, with rising popularity in Africa, where he has been invited to perform a couple of times. As recent, King Tappa is putting together a tour and has dates planned in Canada and New York. Currently working on his third album, King Tappa intends to create more music that resonates with music listeners globally.