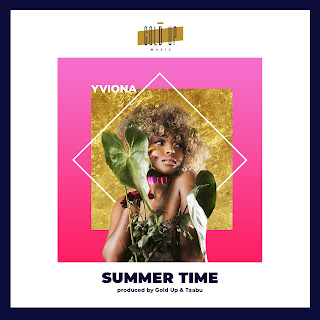 For this new release Gold Up Music Teams up with Kenyan songstress Yviona and Toronto based producer Taabu, for the hit single Summer Time. “Summer Time” creates a wave of heat with its dancehall, afro-pop rhythm and creative lyrical innuendos.
“...this is something new for us. Summer Time is a heated pop song,” says Gold Up producer, Sativa. “...so far we have dabbled mainly with reggae and dancehall sounds with a strong focus on the Jamaican community, so working with Taabu and Yviona is the start of something fresh.”
Known for her track “Fanta” ft Young Haze, Yviona was one of the Top 100 EmPawa artists chosen by afrobeat popstar, Mr. Eazi. A well-known producer among the Canadian community, Taabu is known for his production, drumming and for his collaborations with Tim 2oolman (A Tribe Called Red), Ragga Twins, Haviah Mighty, and Juno Nominated Snotty Nose Rez Kids.
On their summer streak, Gold Up intends to release more power-fused hits in the coming weeks. Stay tuned to their social media platforms and Spotify profile to get up to the time updates.
Listen Here
Follow Yviona - INSTAGRAM - FACEBOOK
Follow Gold Up - INSTAGRAM - FACEBOOK
Follow Taabu - INSTAGRAM - FACEBOOK
Posted by Addiverbalist Kev at 14:15
Email ThisBlogThis!Share to TwitterShare to FacebookShare to Pinterest