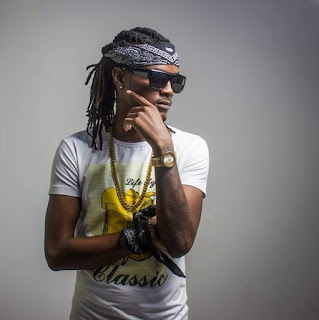 Dane Ray
Jamaican reggae artiste, Dane Ray, is steadily gaining international recognition as an accomplished music producer and superb vocalist. Yet, this rising star almost never made it in the business! After completing high school, Dane Ray’s love of music led him to study at the Edna Manley School of Music. While his family recognized his exceptional talent, they did not see music as a lucrative career for him. In an act of defiance, Dane Ray ran away from home at the age of 17 and locked himself away to master his art. Surviving on the streets of Kingston City, he experienced some of the most traumatic times in his young life, but he stuck to it.

This is how Dane Ray’s career as a music engineer and composer began. Dane Ray built his own company, Gesta Music Records where he produced reggae, dancehall and hip-hop beats for a number of artistes such as Deva Bratt, Versatile, Laden, Chino, Iyara, Macka Diamond, Wasp among others. He scored with some popular riddims such as “Motivation riddim”, “Full Charge Riddim” and “Inna Di Club Riddim”. This experience led him to work with more established artists such as Movado, Bunji Garlin, Tommy Lee, Elephant Man, Sizzla, Gyptian,Vybz Kartel, Demarco and Elephant Man.

Dane Ray finally achieved success as a producer with "Dig Out/Wine Up" and "Jamaican Everyday" (both by Charly Black). Hailed as a heritage song, Jamaican Everyday was loved by Jamaicans at home and abroad. It held the number one spot in Jamaica for over five months in 2014. This success has given Dane Ray the opportunity to tour internationally performing in Antigua, Barbados, Trinidad, Panama, Culun, Chile, and Canada.

Producing music for others is what made him eat but singing has always been Dane Ray’s passion. As a multi-talented artiste, Dane Ray continued to showcase his charismatic, fresh and melodious Sinjay sound with songs like "Top Jockey" on the Strip Club Riddim which has been making waves both internationally and locally. Dane Ray then released "PunuNunu and "DOLLA DOLLA" making him a recognized vocalist both internationally and locally Respectively.

Now, Dane Ray is on the verge of an international breakthrough with his song, "Rodeo" featuring international rapper Fetty Wap and Mr. Wonda.

Dane Ray’s music captures the heart of many and is rapidly developing a fan base. Even with these accomplishments he knows that he's only just scratched the surface and only aims to become better.

His most recent releases include "Nuh Trus Trus" on the Tuff Riddim, featured on BBC Radio 1Xtra, "Fully Aktiv" on the Fully Aktiv Riddim produced by himself  under the label Dane Raychords, "Hatrick", "Top Trappa", "Easy Reflex" on the VVS Riddim and some expected to be released new music for 2019 "Last Laugh" which features Law Boss and "Raptor Riddim".

Dane Ray is one of the top best artist/producer to watch out for!!! Definitely. Keep updated on the artists progress, tours & events and new music releases by following the social media links below;