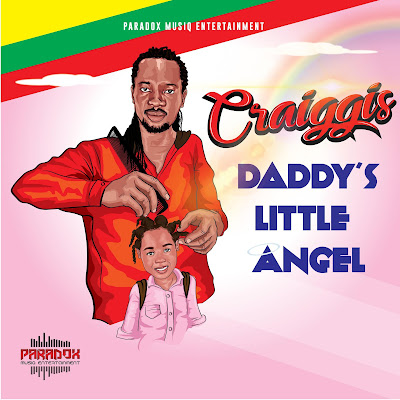 Courtney Burnett AKA Craiggis. He was born on February 11, 1985 in Spanish Town; St. Catherine, Jamaica. He was raised by his grandmother and attended the St. John's Primary and then Spanish Town High. Craiggis was a music lover from a tender age and was inspired by the likes of Sizzla, Bounty Killa, Jah Cure & other artists around his community. Craiggis started getting melodies & writing songs at the age of 13 while he was in grade 8. After leaving high school Craiggis started taking his music career serious so he and some friends decided to start a crew called ‘’Killa Camp’’ in which they had 3 members that included Craiggis, Genius & Wow, they recorded their first song in 2002 on the Password Riddim entitled "Give Me Your Number" which was produced by Hype Klan Record and had their first music video. A year later Craiggis departed from the crew because of their differences and went on a solo career. After that Craiggis took a break from the music industry, after returning in 2011 he was now been working with J&G Records, Black Spyda Records and & other producers at Tuff Gong International.

Under the J&G label the first song he recorded was “Ghetto Life” which received lots of airplay in Jamaica and in England; a video was shot, which went number 1 on The Hit List/E-Strip on CVM TV. In 2012 Craiggis was featured on projects like Good Memories Riddim with the song “Friends B4 Fame” produced by Black Spyda Records, the Good Memories Riddim also featured acts like Aidonia, I-Octane, Demarco, Jah Vinci Dexta Daps and many more.

In 2013 Craiggis and England base female artist Maria Mour did a single called “Closer To You” produced by J&G Records. In 2014 Craiggis & dancehall artist Navino teamed up and did a single called “Deadly Road” produced by Spifyah Records. In 2016 Craiggis did a song called “Money A The Ting” on the Cloud Lights Riddim produced by Preelyfe Records, this Riddim also featured artists like Jah Vinci, Kalado, Navino and many more. In 2018 he did songs “Be Strong” produced by SE Music Production and “Millions Pon Millions” produced by J&G Records and a conscious song for his daughter called “Daddy’s Little Angel” produced by Paradox Musiq Entertainment which also featured on the Jamaican News paper The Star. Few of the songs got air played all over Jamaica and in England and around the Caribbean.

Posted by Addiverbalist Kev at 13:15
Email ThisBlogThis!Share to TwitterShare to FacebookShare to Pinterest
Labels: Biography